Content & Management
Fear of Language
Giving Aristotle his Due

With the advances in publishing technology that have been accelerating in recent years, I had been looking forward to the era of fully customized publishing. With an increasing range of source materials finding their way into a reusable format, and into XML specifically, and with the technology becoming available for producing tailor-made outputs of very good quality and cost-effectiveness, the idea of On-Demand Publications was entering the realm of feasibility. One area where this would offer tangible benefits would be in educational textbooks. 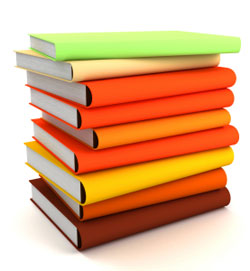 As a parent with several children pursuing post-secondary education, I suddenly had a personal stake, albeit a small one, in seeing textbook publishing become more responsive. Most textbooks could fairly be described as stale-dated tomes designed to extract as much money from starving students, or their long-suffering parents, as possible and to ensure that each year welcomes in a new edition that sabotages the used-book market. Innocently I thought that educators would be the first in line to leverage the possibility of assembling a custom textbook that exactly matched the requirements of their program and left aside the usual chaff.

Textbook publishers were in fact quick to make custom textbooks available as an option to educators. I took this to a sign that the large publishers were listening to the marketplace and responding accordingly. In fact they were. Upon perusing some examples of the custom textbooks that my children had acquired (or I had acquired) the reality of the situation struck me hard and my earlier enthusiasm was replaced by disappointment.

In all of the cases of custom publishing that I was reviewing, the educators had in fact selected collections of articles into a textbook tuned to their courses. But rather than assembling the best resources available for their students to consult, these educators had taken the chance to assemble their own articles into textbook form. In most of the examples at hand, the educators had coordinated their efforts with fellow educators within their faculty to ensure everyone was represented and therefore all of the staff would be encouraged to order copies of the same custom textbook. As soon as I saw this I recognized the near inevitability of this exploitation of the opportunity. Of course, this would be the reason why educators would be excited about the prospect of custom textbooks.

I suppose that if the quality of the resulting product was good, there would be limited grounds for complaint or at least the complaints would be more theoretical. In reality, the custom textbooks that resulted from this process were terrible. By comparison, the stale-dated tomes that they had supplanted looked good. The educators, it would seem given the sample at hand, who were most attracted by this model were those whose publishing history was sketchy at best. The assembled articles exhibited an almost self-defeating display of hyper-specialized jargon that might be appropriate (although this is doubtful) in addressing diminutive research issues in a particular field but certainly have no place in a learning environment.

This particular experience left me somewhat chagrined and I am hopeful I will come upon other uses of custom publishing that will refresh my enthusiasm. In this particular example, I am put in mind of a judgment that Maxwell Smart used to pass on his inexplicably defeated foes - if only they had used this capability for goodness instead of badness.