During a recent stay in Oxford, I found myself thinking about Roger Bacon (1214-1294). At least some of my strolls were loosely designed to retrace some of the pathways he may have followed. One reason he comes to mind is that I find his example to be particularly relevant these days. What this example might be can be a little challenging to delineate simply because he has become a figure enshrouded with legends. Since the time of this Doctor Mirabilis (wonderful teacher), he has become many things ranging, in order of increasing defensibility, across magician, Faustian alchemist, and forbearer of modern science.

The fact is that enough time intercedes between the present and his time that we cannot be absolutely sure of many things. We do not, for example, actually know when he was born. And each generation of historians, declaring in turn a renewed attention to the truth, have painted him differently. More recently, this effort has been coloured by the current academic fixation with the rather tenuous notion of "originality". The claims of previous historians that in Bacon they found early expositions of the modern scientific method are being challenged as people find other traces in other, yet earlier, sources. The pursuit of origins in ideas reminds me of the little old lady who interrupted a scientific conference with her theory that the world teetered on the back of a turtle. When queried by a doubtlessly self-satisfied authority on what this turtle might itself be standing on, our intervener returned "It's turtles all the way down". There is always an antecedent.

And I will be no different than previous interpreters of history in seeing Roger Bacon as an exemplar of renegade learning to which I feel a particularly strong affinity. One thing we do know about Bacon is that he was passionate about his learning and, due to the financial strength of his family at least during the early part of his life, he was able to pursue this passion in all possible directions. One dimension of this passion was a determination to delve into various languages so that he could access knowledge from various sources without the dilution or distortion that comes with translation. It was his reputation at the time that he was the most learned man in Europe and there have not been many convincing arguments to undermine this reputation. His driving passion, it seems, was to achieve a more perfect and more complete access to knowledge and with this to realize a new level of freedom and independence. 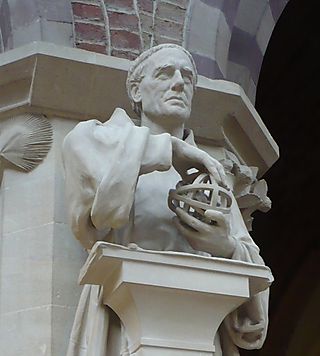 Another thing we know is that he was exceedingly practical in his pursuits and he documented numerous experiments, such as in optics. His arguments championing experimentation are striking in their modernity and they are very much early articulations of the scientific method. On practical matters, he took up the cause of correcting the calendar which was something that was eventually done. His major work, Opus Majus, although it was itself a sprawling compendium of scientific knowledge, was actually written as an "abstract", that he wrote for the Pope, outlining an even greater project to assemble all of the world's knowledge.

We also know that he joined the Franciscan order and, like many scientists after him like Isaac Newton, the particular character of his faith seems to have influenced many of his specific areas of scientific inquiry. It may have been the nature, or intensity, of some of these beliefs, more so than his reputation for experimentation and his espousing the philosophy of Aristotle, that got him into trouble. Again, we are not exactly sure how he found himself in trouble with some powerful elements in the Church and nor are we sure what exactly the consequences of the trouble were. The stories of his punishment that have been passed down have probably survived, and been embellished, because they are so difficult to contemplate as befalling someone who was so obviously passionate about learning and teaching. It is said, for example, that his masters within the Franciscan order forbade him from studying and set him to long days of manual labour. One line of the story that applies nearer to the end of his life has Roger Bacon dispatched to a prison cell where he was forbidden to speak to anyone. One of the romantic twists on the story, emerging as an expression of hope in the face of despair, sees the wonderful teacher sharing his knowledge with passersby and local children through a hole in the wall of his imperfect cell.

I would argue that it is in being an exemplar of renegade learning, the type that observes no boundaries and that energetically seeks opportunities for experimentation and application, that Roger Bacon is the most noteworthy. The constellation of myths and stories about him can be jettisoned or leveraged as necessary as their presence takes nothing away from this role. The presence and persistence of these myths and stories might, however, indicate that the power of this example is genuinely compelling and has been so for centuries. When compared to many of the practices seen within academia today, often coloured by a strange mixture of timidity and territoriality, Roger Bacon's example, even what little of it we can really see, serves as a ringing reminder that what is learned must be brought out into the daylight, tested and then deployed into practical service. His is an example we would do well to emulate a little more closely.