Content & Management
Popular History at its Best
The Barnaclization of Systems

The Order of Business

It may be largely owing to naivety on my part but the current economic turmoil does not really appear to be all that baffling. Indeed, at least from one perspective, it has an air of inevitability about it. Why it seems to have sideswiped so many of those whose area of expertise was supposedly centered on this very subject might be the greater, and ultimately more interesting, mystery.

Continuing along the lines of naive economic observation, we seem to see a couple of looming realities. One is that what passes as “ownership”, through the machinations of the financial marketplace, is a special kind of ownership – one that is utterly and completely divorced from responsibility. The question that struggles to the surface, at least for some, is whether or not ownership divorced from responsibility is not a contributing factor to some of the problems being evidenced.

While it would seem ludicrously unrealistic to imagine reconnecting ownership and responsibility, at least from the perspective of the financial markets, there are other deductions that can follow from the question. One is the related question that if the shareholders in a venture are not responsible, under the model of legal independence of corporations, then who is to be held responsible? The answer usually lands somewhere between the board of directors and the upper echelons of management. Of course this is what we might term residual responsibility and the “somewhere” ensures that what residual may exist is, in most cases, impossible to find. And this is completely by design.

Rolling the tape forward, and leveraging a model of atomic agents operating based on very simple rules, it would be completely expected that shareholders would snatch up and cast away shares according to a self-generated set of dynamics and management would frame targets that loosely matched those dynamics and reward themselves when concordance occurs (and very often when it does not). That the businesses on which this dance is conducted may be an increasingly hollow shell is effectively irrelevant at least while the dance can be sustained.

If one asserts that, at least on some level, ownership conveys responsibility then considerations turn to what form this responsibility might take for the shareholders, and their representatives and management delegates. One consequence for business operations might be the introduction of more tangible oversight and this would need to stand in for any practical "presence" of these shareholders and their "ownership responsibilities". The most likely consequence of establishing any connection at all between ownership and responsibility would be the introduction of directors and management to far more concrete liabilities than have been the case in the past. This would be unwelcome, naturally, and much industry would be exercised in finding new forms of obfuscation and avoidance, but this alone would underscore the merits of this line of reasoning. And the mantra of “shareholder value” would necessarily be weighed more carefully and more completely with other considerations. Quite frankly, all this would explain why ownership, at least in the present economy, is not defined in any way that associates it with responsibility. 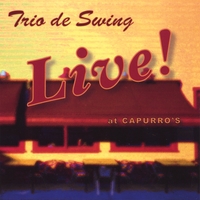 Now let’s insert a small example of something that feels like a contrast. In a recent visit to San Francisco, a group of us staying at the Argonaut Hotel asked the doorman for some ideas on a restaurant. This doorman launched into an extended critique of the local choices with this critique ending in a recommendation: Capurro’s. It turns out that it was an inspired recommendation and not just because it was across the street from the hotel. The food was quite good, the service was excellent and the Jazz Trio that was playing was outstanding. At two points in the evening, a gentleman came up to us to ask how we were enjoying our meal and to talk about some of the items we had ordered. As our server noted to us, this was the owner. When we returned to our Hotel, we thanked our doorman, with this being coupled with a tangible token of our gratitude, and he then summed it all up perfectly. The owner at Capurro’s makes it his business to engage the customers and, as our articulate doorman pronounced, “that’s accountability”. Although the scale presents an issue when we set out to extrapolate this example to the larger economy, this is a case where a good product was offered at a good price and delivered with good service – and with the business owner being there to make sure that we, the customers, were happy. What a novel concept!

Sad as it is to supply comments on one's own blog, I could not resist added a further illustration of the point I was trying to make with this post.

Rocky Wirtz is currently at the helm of the Chicago Blackhawks hockey franchise. This organization had, through years of penny-pinching, dwindled to near collapse - both on the ice and at the box office - until Rocky assumed control and took it in a starkly new direction. With the team acquitting itself admirably in the knock-down-drag-out contest that is the Stanley Cup finals and with the organization surpassing its 50th consecutive sell-out, the question must be asked "what did Rocky do to achieve this turnaround in literally a couple of years?"

Well, Rocky - bless his soul - tells us exactly what he did:

"When people go to a restaurant, they want to see the owner. They want to be able to talk to him, able to tell him if they had a good meal, or great meal. Or even a bad one. It's the same way with this team. If someone is happy with something we did, I want to know. And if they don't like something, I want them to tell me."

He made it a point, from the outset of his tenure, to sit in the stands with the fans - and in the beginning, when the team's fortunes were low, this would have been an "interesting" experience. The point being made was that you were not going to learn about the business, and about the customers in particular, sitting in a corporate box insulated from real feedback. From the perspective of the now sold-out crowds, part of their excitement comes from encountering a genuine business where the ownership is actually interested in providing value and making sure it can improve upon that value.

It is said that Rocky, as the visible face of the team's ownership and management, is as often pursued for autographs by fans as are the team's young stars. And the arena regularly echoes with the chant "Rocky, Rocky, Rocky!" There are not many businesses, anywhere, who can make a similar claim.

All in all, I think it is a dangerous precedent - at least from the perspective from many other approaches to doing business.

I Love your Restaurant Metaphor.
If we accept that the Client (generic for customer) is the End User of the Good or Service he Procures from the Market, then in Real Fact he (she) is the Very Heart of the Market.
A Clever Owner will Always Be the Heart of His Own Company and Play the Role of Director, thus Feeling Whatever the Long Term Feelings his (her) Client Feels.
Business on the other hand have become insensitive to Real Client Feelings by appointing representatives of their share holders as "managing directors" and by forcing "executive managers", and through them all their staff, report to their blurred short term and interest oriented vision.