Person of the Millennium

While this contribution comes a full decade after the topic was being debated more generally, for some reason I have found myself musing over the question of who should be declared the most influential person of the last millennium. Allowing for the fact that evaluating the influence of any one individual on history is impossible and comparing the influence of different individuals even more so, I cannot help but to venture a proposition. I would put forward Queen Elizabeth I (1533 – 1603). 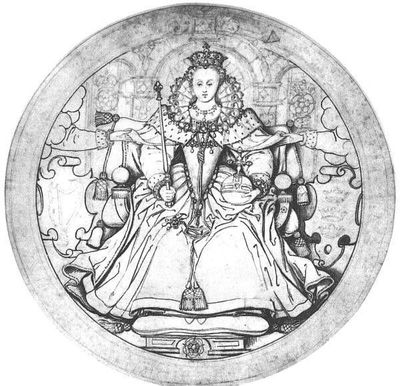 From the list of candidates, we find the names of scientists, artists, thinkers, inventors, activists and political leaders. Of these, the influence of scientists, artists, thinkers and inventors is almost universally overstated, along with the associated declarations of originality. The influence of activists has been more substantial in that the impression made on social patterns can be remarkably resilient over time. Looking into the yet earlier millennium, we would classify the founders of the major religions that grew in those years as activists whose impact has been amplified over time rather than dampened. Within the millennium in question (1001-2000), the greatest influence would appear to have been wielded by what we might term activist political leaders, people who controlled various mechanisms of power and leveraged them in an influential way. Of these, many have been influential thanks to their generally destructive exploits. Fortunately some of these activist political leaders did manage to achieve surprisingly positive effects with some of these finding their way down to the better features of the modern world. It is from this latter category that the “person of the millennium” should be chosen.

In the case of Queen Elizabeth I, the most notable feature of her besieged reign as the Queen of England is her striking a tactical balance that placed tolerance and compromise as the core building blocks of political stability. That striking and sustaining this balance was hugely difficult for her is beyond question. That it also demanded tremendous skill and strength similarly cannot be questioned. It proved to be an essential stroke and English history since that period can in many ways be seen first as a struggle to maintain this balance on a number of occasions and then as a period of growth and expansion that this balance made possible. Clearly, a great many threads fed into the circumstances that Elizabeth found herself thrust into and some of these threads in fact made this form of political balance possible. But the appearance of a character of the strength and skill of Elizabeth proved critical at this juncture and the path she chose to uphold left an indelible mark on not only English history but that of the entire world.

The elevation of Queen Elizabeth I to the place of person of the millennium thus depends on two claims. One is that the principles of tolerance and compromise have been essential to the evolution and operation of democratic government and that balanced democracy, in general, has been one of the most notable millennial accomplishments. The second claim is that the influence among nations of the United Kingdom is without equal in the latter half of the millennium - in leading the world into industrialization, in casting many features of modern globalization through the spread and evolution of its colonial empire, and in providing such resolute leadership in opposing the militant imperialism that surfaced in the twentieth century. These are two claims that can be challenged but I feel completely confident in defending them.

The fact that this claim establishes a woman as the person of the millennium is also noteworthy. It is indeed incredible that she was able to make such a mark on history as a woman at a time when the landscape of power was entirely dominated by men (substantially more so than today, without this suggesting that the playing field is now level). Turning these observations on their head, one might begin to muse about whether the particular balance that she was able to strike would have come to pass had the person of the millennium been a man.