The only unities of any durability are unities of purpose. The effects of unity, borne of a clear and substantial purpose, are exhibited in organizations and technologies. Similarly the consequences of confused goals are immediately discernible in decay, distraction and dissolution. It comes as no surprise, in retrospect, that my first web site (somewhere around 1993) included a declaration that “clarity of purpose is all”, which is obviously a variation on Hamlet’s “readiness is all”.

That an organization or system must be fastened to a sound objective is easy enough to grant. Where too many goals become intermixed and no guiding trajectory provides an organizing principle amongst these goals, barnaclization is the inevitable outcome – with this invariably leading to the collapse of any structure or system so encumbered. This all-too-common spectre proves the point through graphic contradiction.

I am put in mind of this subject because of a recollection. The recollection, in this case, is of what it was like to be part of a highly effective team, a well-oiled machine that exemplified speed, skill and symbiotic synchronization amongst team members performing their roles well and equipment components that had, over time and through gradual refinement, become exactly matched to their functions. This team was an artillery gun crew. Admittedly, this recollection immediately sets me apart from colleagues who can cite more accessible examples such as rugby sides or sales teams. It remains instructive nonetheless. 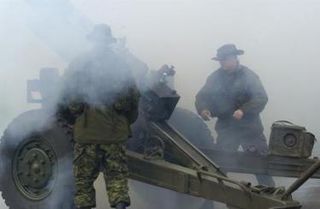 In the case of a gun crew, we note several items of interest. One is the fact that members of a gun crew undergo a fair measure of training to establish the core skills and essential discipline in order to perform the main actions quickly and, ideally, safely. Part of this training also establishes a significant level of physical dexterity in performing a wide range of tasks, with some calling upon prodigious strength, others upon painstaking attention to detail and still others upon dogged persistence. Behind many of these procedures lie, at times, hundreds of years of tradition and most of us on the guns came to appreciate the merits of even the most arcane of these formalities.

Of the equipment items used by a gun crew, some were delicate, such as the refined sighting tools that would be brought out for “danger close” missions, while others were almost comically brutal, with one being memorably called the “rammer-jammer”. Layered over these elements was an esoteric language of abbreviations and commands that to the outsider must have sounded like an alien dialect. I can distinctly recall a string of orders emerging from the command post on one occasion that strung together, in an uninterrupted sequence, at least fifteen specialized acronyms. The combination was unusual, even on a gun position, and almost everyone paused in their activities, straightened up for an instant, and acknowledged that we had become a linguistic island unto ourselves.

All this combined into a capability that was literally wired into a network of computer systems and communication devices that would hopefully provide the team with accurate instructions. When functioning well, the smooth operation of an artillery battery and all its components, including the gun crews, was a marvel of responsiveness and robustness. Many elements underlying this success had, through the refinement of equipment, procedures and skills, become unspoken and automatic – with this accounting for the tremendous speed with which new instructions could be received, understood and acted upon.

Another specific recollection that comes to mind is of being a gun detachment commander in exotic Shilo, Manitoba, and participating in a series of exercises being staged by researchers from headquarters. The researchers were armed with clipboards, stopwatches, and various devices, and their mission was to study ways in which the efficiency of a traditional battery might be improved. The recollection that regularly surfaces is that of a specific cease firing action wherein the battery vacates a position as quickly as possible. The order to cease firing was declared at an unusual juncture, and this was by design. It turned out that it was my battery and specifically my gun crew that was the first out of action. As if from nowhere, a team of researchers appeared with the news that we had scored the highest on their various measures. My team effectively threatened their lives (before being reined in) and to this day I can see the mixture of mystification and terror in the faces of researchers. Part of the terror was grounded from the shocking recognition that their studies were too remote from the historical practices and resolute dedication of the crews to carry much weight. One hopes that through a due process of informed consideration some lessons were learned and some improvements made - in the way that such research is conducted.

Another recollection underscores an interesting aspect of how people form and sustain teams. Again, the prominence of a sound purpose seems to stand as a key ingredient and, in my experience, the process of selection and acceptance, governing who is admitted into the team, most commonly showcases novices demonstrating a willingness to assume a role that supports the common purpose.

This particular recollection stems from an arduous training program that had just ventured into what was then new territory by including women. The vision that returns is that of a patrol moving through a swamp and trying to leverage beaver dams as a bridging mechanism (a purpose, it turns out, for which the beavers had never made an allowance). When one of the female course members plunged into the water, while wearing a bulky radio set, she went straight to the bottom of a remarkably clear pool. To the amazement and nodding approval of the team, this young lady did not panic but instead could be clearly seen crawling along the bottom in the original direction the team had been trudging. In an instant, a human chain was formed and this female gunner was fished out of the deep. From that day forward there was never a question about her being as much a part of the team as anyone else. The robust inclusiveness of this team was underscored when one of the members observed, with penetrating insight, that if someone commits to the mission and can be useful, then the team does not quibble about superficial differences – “if they are willing and able to help, they can be green with antlers for all I care” is the comment I can still hear. 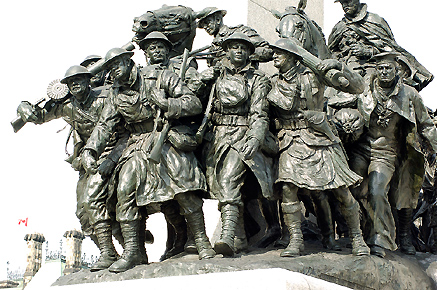 The evaluation of organizations and systems, hence of unities formed by people, ultimately rests on two considerations. One pertains to the coherence and efficiency of these unities given their intended function. The second, and more challenging, consideration is the merit of the purpose itself. And this is a system unto itself and its effective operation is the most important of all.