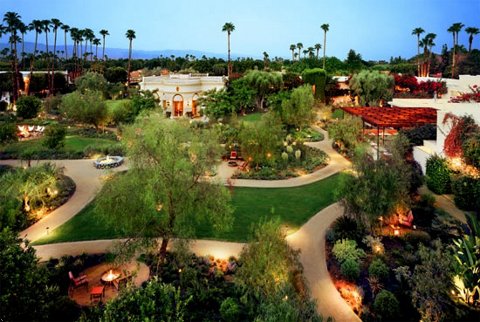 A month has passed since we gathered at the Parker Palm Springs for Intelligent Content 2010 (IC2010). Once again it was a worthwhile event that brought together people from far and wide who share an interest in making content intelligent and making something of intelligent content. And as happened the year before at IC2009, some of these people tended to look at content from the outside – from what it can be used to do – and some of the people (perhaps like me) tended to look at content from the inside – seeing the pistons and gears, the angle brackets and cross-references, that operate inside.

I gave a talk again this year – called “Intelligent Content Management”. I should probably apologize to some in my industry as I was rather harsh in my handling of what typically travels under the name of “Enterprise Content Management”. Yes, I did draw the not too flattering analogy between ECM and a hillbilly shack. And yes, I did declare that the main problem with ECM is that it is has nothing to do with “content” and even less to do with the business value that is central to the idea of an “enterprise”. In essence I was saying that ECM, as it now exists, is not capable of helping an “enterprise” to succeed and that ECM systems will not generally succeed within a genuine “enterprise” environment.

Intelligent Content Management (ICM) is an altogether different animal – or so I claimed. As I have touched upon previously, Intelligent Content Management can be understood both as the management of intelligent content and as content management that is fundamentally intelligent. To my mind, one side of this meaning is not possible without the other. In my presentation, I dallied for a while on the process whereby content is made intelligent and on how this process should seek to continuously balance investments in content intelligence with business returns realized through practical deployment. I then charged on to make the case that this same process must be an integral part of, and something that is actively facilitated as opposed to impeded by, the content management regime that is put into place. Not willing to leave matters well enough alone I also claimed that for this content management regime to work in this way it must itself be governed by intelligent content.

Here are the slides I used for my presentation at Intelligent Content 2010. As a late modification, I added a series of Tweetables – slides that distill key points, or perhaps only the most provocative ones, into a form that is easy to “re-tweet”. I noticed that the audience was very efficient at doing just that.

OK, so in my presentations I do tend to stack and fold meanings until no light escapes and, yes, I need to work on unpacking and disentangling the content I am typically purveying. I am inclined to think however that for the benefit of everyone gathered in a conference room that it is better to err on the side of content density and experimentation than to simply peddle hyper-distilled messages. I eagerly look for feedback and accord what feedback I receive almost obsessive attention – and historically I have been actively encouraged to continue down this path rather than to chart a different course. I do remain open to all further suggestions...

In terms of other presentations at the event, I found that several did stand out. I enjoyed the intellectual enthusiasm evident in the opening keynote by Microsoft’s Gabor Fari. Michael Boses from Quark brought a lot of interesting ideas and a lot of value to what was a sponsored speaking slot (which is something I usually recoil from unless it is handled, as I knew Michael would, with the highest regard to professional objectivity). Natasja Paulssen demonstrated some very exciting tools that had been developed for a customer – tools that I declared had managed to achieve the impossible in “making metadata sexy” (a comment that seemed to spark some very funny side conversations). Naturally, Scott Abel’s closing keynote had us all in stitches as he drove home many inescapable, if sometimes stark, truths about the changes afoot in the marketplace.

All in all, a very good event – one that is playing an important role in bringing a broad range of ideas and players together.

I particularly liked the case study on slide 23. Slides 3, 4 and 5 were overwhelmingly complex, but that may have been your intention. Slides 25 and 27-31 were excellent, got to the heart of the matter, highlighted why we all must strive to keep "intelligent content" from becoming an oxymoron. I despair of that sometimes... can appear to be one of Amazon's "statistically improbable" word combinations!

Thanks for your contributions. Yes, you have spotted my strategy with the industry charts encountered on slides 3,4 and 5. They are indeed intended to spark a mild headache. And the merits that shine through the case study on slide 23 are very real - with much of the credit going back to the customer, who has consistently impressed me with their practical, unflinching, and effective approach to exploring and deploying technology. They exhibited unusual strength in this area over 10 years ago when I first started dealing with them (actually it is now over 12 years ago!) and they continue to impress me. This is fortunate because their approach and my specific philosphy go well together. We may in fact have a case of "co-evolution" here.

I will confess that I am heart-broken that you explicitly excluded my slide 26 from your register of "excellent slides". I am of course still gratful for the props on the others (25, 27-31). Naturally, the graphical elements on slide 26 took an inordinate amount of time to construct and the mutated Data-Information-Knowledge pyramid ties back to a rather long-running series of pieces. Not surprisingly, slide 26 relies more heavily than the others on some of the referenced blog posts (under see also).

But I will recover from this heartbreak and in fact one of my upcoming posts - one that is still brewing - will revisit the much maligned, and oft debated (even recently), Data-Information-Knowledge (DIK) pyramid. (It is usually referred to as the DIKW pyramid, with a mystical "wisdom" placed at the pinnacle as a form of "cherry on top". I never take the step of introducing "wisdom" into the discussion, declaring instead that if I ever come across an example of "wisdom" in the ebb and flow of daily events - and by this I mean current events - I will admit it back into the conversation but until then....)

I would be interested in your thoughts on some of the referenced posts - and whether they, as a group, start to draw a definitional line around what we can truly call "intelligent content".

I confess to being a bit overambitious. After creating my first Ellie blog on Wordpress, I realized my mistake at not beginning with Google-linked Blogger for novices. That inspired inception of Ellie's Annex blog. And then while wandering around LinkedIn stat analytic groups, I stumbled upon your blog, and hyper-extended myself in Curious Ellie's blog on Typepad. Then I forgot my login for Curious Ellie at Typepad, and the McAfee-for-WinXP nightmare eclipsed any hope of finding my browsing history.

Finally, I found my way back! And was very pleased to read your response. I will give it the thought that it deserves, and thank you for giving me an entirely new set of things to ponder.

Yes, the DIKW pyramid, iconagraphy of the even more-maligned Freemasons, the $1 bill, New World Order... I will have a look around your blog again and see if you've revisited DIKW in the interim since 4/11/2010.

I'll leave you with a morsel in return. Are you familiar with the Social Collider, possible "intelligent content" tool extrordinaire? It is an oddity, and have no fear, I'm not part the VC pool funding it. However, your DIKW and sage words about wisdom made me think of the almost mystically evocative words on Social Collider's intro page, about finding the Zeitgeist.

I'll enclose a link to my modest blog entry, regarding the Social Collider one year later. Please feel free to stop by and look around!
http://myindigolives.wordpress.com
a.k.a Ellie Asks Why?