The Power of Artistic Mastery

Sometimes things happen that seem to conspire together in order to emphasize a point. These occurrences stand out because more commonly events flow by with an expected lack of discernable meaning. Over the last couple of months I have chanced upon a string of events that all seem to speak to a common topic and to do so in a common way. The topic in question is that of artistic mastery, although it may well suit a different, and broader, label. It is a topic that in fact extends outward in all directions and I can see how it applies to a wide array of concerns.

The first event was a gathering facilitated at the Ottawa Writers Festival, where William Gibson was the guest speaker at an open question and answer session. At this gathering, Mr. Gibson thoughtfully answered questions and injected a fair measure of humour. In response to one question that sought to dig into the "big ideas" underlying his science fiction writing, Mr. Gibson had a very interesting response. He said that he does not tell stories to express ideas but rather he tells stories to find and explore ideas. My recollection of his exact wording may be faulty here but his point struck me as very instructive. This point also picked up on some other comments he made about how he comes to select characters and that he does not approach the task prescriptively - likening it instead to a casting call where he waits to see "who shows up". The second event was occasioned by one of those transatlantic flights where you find yourself exploring what the onboard video entertainment system has to offer. In this case, I happened upon a documentary about the classic Canadian rock band RUSH. It turned out that this was quite a good documentary, not least for some of the concert footage that it included. One of the strongest impressions that the film leaves is that the three performers - Geddy Lee, Alex Lifeson and Neil Peart - all share a profound dedication to the tools and techniques of their craft. Rush fans will know what I am talking about. It is, in particular, the example of Neil Peart that stands out. Ask almost any aficionado of rock music who the greatest drummer is and they will usually include Neil Peart on their list of candidate names - if not as the sole holder of the title. What makes the example of Neil Peart stand out, to my mind, is the fact that - at the point in time when he had already established himself as a master performer - he sought out a teacher from whom he could learn more. Specifically he studied under the jazz drummer Freddie Gruber whose style focused the drummer's attention onto the finer details of movement. It is the true master who understands that there is always more to learn.

In both of these encounters, what seems to come to the fore is the idea that it is the detail that matters, and that it is by attending to the details of a situation or a craft that we can move beyond what we ourselves may have brought to that specific point in time. Perhaps this is how artists come to create things that resonate - they are attending more closely to both the world and the techniques we have evolved for interacting with the world. Another very recent connection re-introduced me to some ideas from one of my favourite directors, David Lynch (whose artistic adventures, not surprisingly, extend beyond film). Answering a question at a public gathering, Mr. Lynch summed up a way of understanding creativity as "You just pay attention to things and an idea will come along in the strangest way." Summarizing what seems to be the theme that is emerging, I would be inclined to say that the devil may be in the details, but so are the angels. 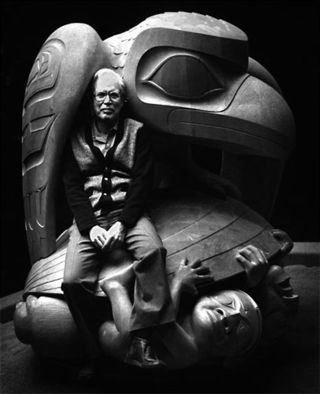 As a final event in this stream, I found myself at the Museum of Anthropology at the University of British Columbia. Among the exhibits given special attention at the museum (and its collections must stand as among the most impressive anywhere) are the works of the British Columbia artist Bill Reid. The story of Bill Reid is a fascinating one and a multitude of lessons can be taken from it. For our purposes, what is interesting is his evident fascination with the details of his art and its connection to the stories and skills of the Haida people from whom he descended. Also interesting is the fact that out of this fascination has come stunning works of art that have gained world-wide recognition. Bill Reid, in growing up somewhat removed from his roots, was able, by taking up the craft of Haida artwork, to find a route back to his culture. And this journey seems to have opened a pathway for others to follow. 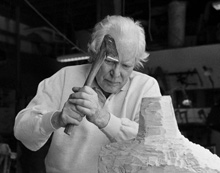 The story of Bill Reid drives home what can be accomplished by the pursuit of artistic mastery. At the Museum of Anthropology, one of Bill Reid's most famous sculpture pieces, the Raven and the First Men, now stands on what was once a World War Two coastal defence gun emplacement. When Bill Reid passed away in 1998, his funeral was held at the Museum and it was attended by over 1,000 people. And the funeral was then followed by another journey. Using the traditional Haida canoe that Bill Reid had carved for the 1986 world expo in Vancouver, members of the Haida community paddled his remains to his mother's ancestral village in the Haida Gwaii (aka Queen Charlotte Islands). It is difficult not to see that Bill Reid had won the respect of both his people and those who had since come to the west coast, and that he had, through his masterful artistry, created a bridge between the worlds. 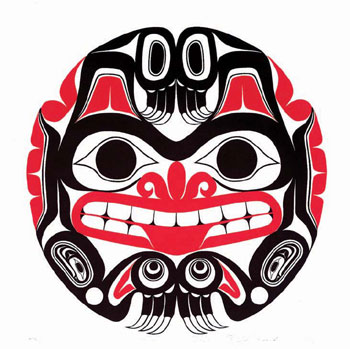