Things are changing pretty quickly these days. The source of the changes is not hard to discern - everything, everywhere and everyone is becoming connected. And all this is owing to a remarkable convergence of technologies. For many, these changes are exciting because everyday brings new services, products and capabilities. It's a great day to be a consumer. For many, however, these changes will come as a mixed blessing because they are producers, of products and of information, who must adapt daily to a changing landscape. It's a challenging time to be a producer. 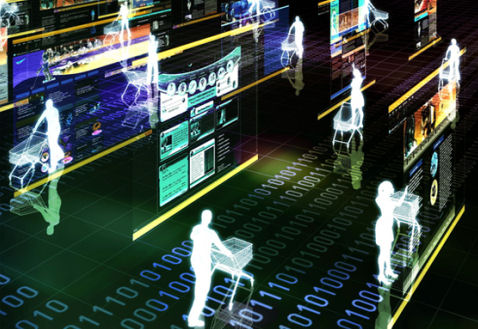 Among the people who are right in the middle of these changes are technical communicators. Most commonly, these are the people who document how products work, how they are to be used and how they can be fixed when something goes wrong. Marshalling skills with both words and illustrations, these are the people who turn products into capabilities that people are willing to pay for. It is a vitally important task and its importance grows with the complexity of the product being documented. An aircraft, for example, will typically be outweighed by its documentation when it is all printed out on dead forests. To make this activity even more noteworthy, in today's world, almost everything is a product (or would like to be) in the sense that it is designed, manufactured, operated, monitored, modified and adapted in an orderly, planned fashion. Organizations, as an example, are increasingly the object of architectural expertise and engineering discipline with their structures and processes being documented in much the same way you document an aircraft engine.

I distinctly recall an episode from the late-1990s, when I was visiting the technical documentation team at a customer's facility. In this episode, I was cast in the role of "change instigator" as I was the one responsible for introducing the new technologies for content creation, management, publication and deployment. And in this episode, the starkness of the change could not have been greater. This particular documentation team was very competent and they worked in a large open office and even took all their breaks together. They were all experts at producing beautiful printed manuals using a highly sophisticated desktop publishing system that was a relic from an earlier age. And I was there to take their tools away and to introduce a radically different approach to planning, authoring, illustrating and controlling documentation as reusable modules that would be delivered to users primarily in electronic form.

On this one occasion, as I moved through the open office one of the desktop publishers looked up from her workstation and asked me a very clear and very simple question. It must have been on everyone's mind as the entire office stopped to listen to what my answer was going to be. It was a question that took me aback because it so completely conveyed a sense of fear, or at least uncertainty, about what these changes were going to mean to these technical communicators and the specific skills they had worked so hard to acquire and refine. And I will confess that I was caught off-guard and I did not have a snappy answer ready. The question was "what is going to happen to me?"

I remember this episode so clearly because it so graphically illustrated for me that those of us pushing content technologies in ever more novel directions need to stop and think about what this meant for the people who actually create that content. Being caught off guard and being bereft of anything approximating a poker-face, I had only one way to deal with this question. I remember putting down my computer bag and walking over to her workstation. My first answer was "I don't know for sure what will happen to you". I quickly continued with some further thoughts which I then shared (this is at least how I remember them).

"The changes we are implementing here are big changes. They cannot be avoided or postponed - not if this company if going to survive. But there are some things that we do know. The tools you have been using are obsolete and one day very soon they are going to stop working. So there is no future in using that tool, here or anywhere else. With the changes we are implementing we are looking at standards that are used around the world and we are introducing a new web-based publishing option that uses the tools and techniques that they are starting to teach in college today. If you give these changes a chance, I can at least promise you that the skills you will develop will add to what you already know and make you far more marketable in today's economy. I suggest you give it a shot."

It was the best I could come up with at the time and I was being completely honest. Luckily, events then unfolded in a way that fell completely in line with my promise. This team did commit themselves to the changes and this team did themselves change in order to start working in a different way. The middle-aged woman who had asked me that pointed question seemed to change the most and several years later she even looked different - as if web culture was rubbing off on her fashion choices. I even recall noticing, on my last visit to this facility, that she had few extra ear piercings.

This short case study illustrated a further point about the changes afoot in content technologies. In the spirit of quantification that is so central to business today, we set out in this project to measure everything. In particular, we tracked the improving efficiency in the documentation process as we squeezed out layer upon layer of redundancy in the content. And we counted the dollars to see that our original business case justifications were being realized. For the first three or so years, the numbers tracked a gratifying curve that showed that the cost of implementation, thanks to the team's efforts, was lower than expected and that the savings being realized were in fact greater than projected. There were smiles all around. That was until one year when the final budget numbers came in.

These new numbers showed that after a couple of years of lower than expected expenditures there was suddenly a sharp rise in documentation related outlays. Management became concerned. The accountants, who were opposed to any change investments from the beginning, sounded the alarm. But one of the good things about numbers is that they are amenable to closer analysis and a little digging unearthed some startling revelations. The reason why documentation expenditures had spiked could be traced directly to the customers who were placing orders (funded orders) for enhancements to the new web-based documentation system. So these expenditures were in fact matched by revenues and more importantly matched to positive feedback from the customer community (with dollars being the clearest feedback of all).

It turned out that the new online form of documentation services was so superior to its hardcopy predecessor that the end users within the customer organizations were arguing that it was an area where extra investment would directly benefit their operations. So for the first time in living memory, documentation was getting some of the "year-end" surplus funds to implement enhancements. Normally these funds would go to toys (extra gear) that the field units wanted. What this told us is that the work of the technical communicator had become sexy - classified as something the field units not only needed but wanted.

So what does this simple story tell us about the future of technical communications. For one, it underscores the fact that the future of technical communications is very different than what it has been in the past. It is completely digital and geared, first and foremost, towards online engagement - with this engagement meaning two-way interaction. It is highly engineered to support increasing precision in how content activities are measured and managed. And most importantly of all, it is highly integrated and this is what should catch the attention of technical communicators. What this means is that the business of communication is now something that permeates all aspects of the product lifecycle - from the initial idea generation and refinement (ideally in dialogue with the customer community) through to continuous evolution (also ideally in dialogue with the customer community). And this is something that the people responsible for the organizations behind products also need to pay attention to. Communication cannot be relegated to a specific part of the building and then forced to justify its annual budget. The business of communication is becoming the only business that matters and without it the gifted masters of quantification are left without anything to measure.

This is what intelligent content is really all about. It's about giving content itself a form that can function in a world that is fully digital, engaged, measured, and integrated. Intelligent content leverages open standards (specifically XML) and it is intentionally designed to leverage the state-of-the-art in content technologies that have themselves evolved to function in this brave new world of ubiquitous automation and instantaneous access. Past tools and techniques may still have things to teach us, but we all need to be looking resolutely forward and, like the brave woman in the story, work towards improving our content processes and information products for the benefit of our customers and our organizations.

The nature of intelligent content, the ways in which it can be leveraged, and new capabilities it is making possible is the subject of the annual Intelligent Content conference. I have been an active participant in the last two events (2009 and 2010) and for 2011 I am contributing as a program co-chair. I have enjoyed the past two events, and am looking forward to the next event, precisely because the people who attend have similar stories to tell and have a similar passion for seeing the art and science of technical communication find its fruition in a new future where almost everything is an engineered product and all products are themselves facilitated conversations amongst people.