Something that I have observed over the years is how frequently people who have worked in, and made a contribution to, the field of content management have decided to chart a course that takes them off on a different professional path. Each time this happens I count it as a loss because these people are often among the most passionate and talented members of our community. And each time this happens I stop to consider why these people have seemingly grown tired of pushing the evolution of tools that help people to create, manage and leverage content. What I come to conclude, again each time, is that this phenomenon tells us something very important about the nature of content itself.

What each of these departures reminds me is that content is all about potential. At various conferences in 2011, I have been pushing one of my more inaccessible definitions in declaring that "content is potential information". Information, under this rubric, is an action and one for which people and organizations can be held accountable. Content by contrast is what people and organizations prepare in order to be able to perform effective information transactions when circumstances demand. The issue that arises is that the benefits to be derived in the creation and management of content are only realized when this potential is converted into information that is executed as part of an effective decision or action. It is the domain of action that gets all the attention. The link between the information transactions that people get excited about and the underlying content resources is often forgotten. More precisely, the relationships between information transactions and the underlying content resources is properly understood as a complex system where direct, one-to-one causal relationships cannot be definitively identified. 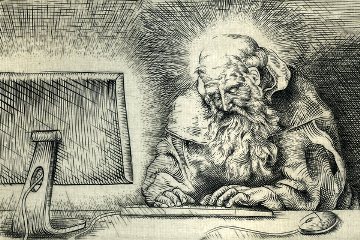 I suspect that this is the reason that working in the field of content management can come to feel somewhat unfulfilling. On a project level, content management projects often (or usually) struggle to make their business case in a way that corporate executives will find compelling. The only way to correct this is to ensure that investments in content management are overtly combined with new information products and services to which explicit benefits can be tied. On a personal level, much of the most valuable work in content management is directed to designing and staging content resources so that people near the coal-face can perform effectively and this means that much of the content work, even if vitally important, will go unacknowledged. As a consequence, skilled practitioners in the field of content management can fall prey to what I call "content fatigue" and after many years of earnest labour they decide to make a change and to take a few steps closer to the action. I can confess that I fully understand their choices even while I selfishly regret the loss of their contributions.

Now seeing the field of Content Management from this perspective, and witnessing a long history of departures of able practitioners, does lead to the question, at least in my mind, of whether or not it is advisable or advantageous to remain engaged in the pursuit of content management as a field of endeavour. 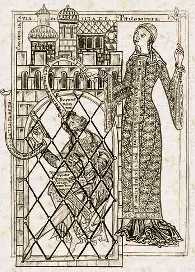 The question naturally put me in mind of Boethius (ca 480 - 524 AD) whose Consolation of Philosophy (ca 524 AD) explored the benefits yielded by the life of the mind as a route to knowledge and justice in a world of harsh realities. The work was in fact written while Boethius was in prison awaiting execution, with his having fallen afoul of the realpolitik of post-Imperial Rome. Despite his situation, the Consolation of Philosophy remains remarkably positive and it became one of the most influencial works in the western canon (translated countless times including by King Alfred, Chaucer, and Queen Elizabeth I). In a manner not unlike what I have described of content (as potential information), Boethius explores the world of ideas and how this world can influence, positively, events in an often rough world.

Returning to the topic of content management, I can say that I have seen many occasions where prudent, or sometimes just plain lucky, investments in content management have provided tremendous and longstanding benefits amid the realpolitik of organizations who pride themselves on being coin-operated machines. More concretely, there have been a number of occasions in the last couple of years where I have accidentally come upon situations that showcased the ongoing positive effects of investments I had previously led in content management. Sometimes these investments had been made years earlier and in one graphic example the investments had been made almost two decades earlier.

In the most graphic of these examples, I was in a meeting with a number of executives who were responsible for a lion's share of the technology investments in an organization that is populated by a few hundred thousand employees. The purpose of the meeting was to discuss possible strategies for managing the steps whereby a large technology infrastructure could be put through a rationalization process. As something of a distraction from the discussion, I noticed that the various documents on the table all had a familiar file number in the top right hand corner. I further noticed that the discussion made repeated reference to material that was available within a corporate repository or to the corporate collaboration environment that was chalkerblock full of electronic references to that corporate repository. The tablets in everyone's hands hopped from reference to reference until a piece of relevant content was pulled up and shared around the table. 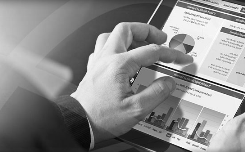 It had been so many years that it took a few minutes for me to realize what it was I was seeing. In the early summer months of 1991, I had commenced work on a study into the possibility of applying technology to the problem of creating, managing, distributing, finding and using digital information within this same organization. This study went through a number of iterations and led, in 1993 and 1994, to a series of increasingly ambitious integration efforts that sought to implement the vision of a digitally enabled and integrated environment for knowledge workers. I had been the lead author on the study and had been called upon to lead the prototype integration efforts as well as a number of pilot deployments. This period in my history was one that had faded from memory, or been repressed, because it was a time of near-insane workloads and impossible schedules.

I was aware of the fact that these efforts had succeeded in putting this monumental organization on the path of ground-breaking investments in Enterprise Content Management. But it was not until I was in this meeting that it really hit me that those early days had in fact put in place a system, and a method of collaborating, that had effectively served as the working environment for thousands and thousands of people. For the bulk of their professional careers, this was the way these people actually did business. What came over me was a profound sense of responsibility for those things I had written, presented and implement so many years ago. Fortunately, at least in the meeting I was in, it seemed that the effects of the system had been positive. I was seeing a manifest example of people who were habituated to creating content and managing information in a way that remains far from common. It was far from common because it seemed to be quite effective.

There have been other situations that are similar to this experience although usually on a smaller scale. What all these situations tell me is that constructive investments in content management can provide positive and pervasive benefits when the investments spread out to become a foundational part of the environment in which people work.

Sometimes the situations help to make it clear that the positive effects of toiling away on content management can come simply by refining and articulating new ideas. As an example, I was at conference a few years ago that one of my other large customers hosted internally each year. At this event, a team presented a brilliant case study of a CM project that they had just undertaken. When asked how they got the idea, their answer rang in my ears. They said that in the previous year they had attended the presentation I had given (Web 2.0 and the New Collaboration Paradigm) and it had inspired them to jump in with both feet. I was thrilled, naturally, and proud. I was also struck by what this meant. It meant that the sharing of ideas on how content management could be improved as a practice and as a field of technology could itself lead to improvements. The content of the ideas alone could become the actions of people that you have never met and these actions could lead to positive outcomes. 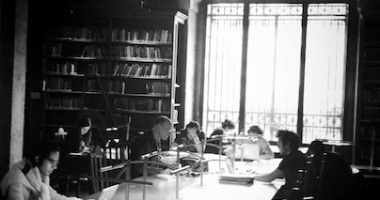 So it seems that there are indeed many consolations of content management and that this field can bring benefits to both organizations and to those who make this field their primary area of endeavour. I guess this means that I will continue to pursue content management and if anything to redouble my efforts to make its potential benefits something many more people and many more organizations can leverage as improvements in how they perform.