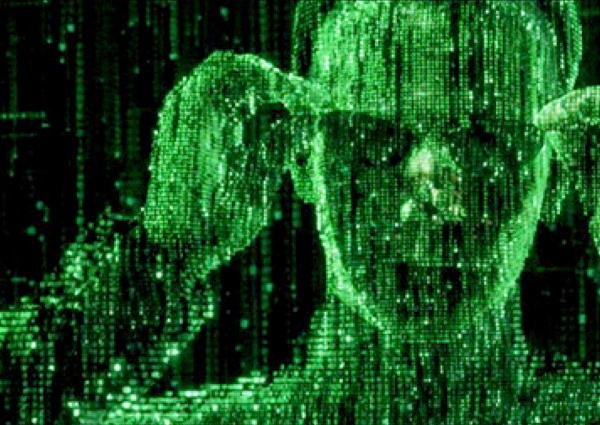 Early in 2012, I found myself at a venue that was new for me. It was the South by Southwest (SXSW) event that was convened in a rainy Austin Texas in March 2012. The venue was new for me because the event was one that was so very focused on the art and craft of designing and developing the latest portable device or the next social media nexus. In reality, it was not a new venue for me. It had just been so many years since I had found myself at one of those events that serves as a cross-roads for investment dollars, talent, ideas and an overwhelming sense that the marketplace is changing. SXSW reminded me of the early web conferences (1994-1995) or a little later of the small commercial bump that occurred when XML received its first (and last) wave of market interest (1998-2000).

Of the things I was noticing at SXSW, what stood out most clearly was the talent and focus of the young developers and designers who were there in force. I immediately recalled that this was also what stood out at the events during those earlier web shifts. And I was specifically attuned to the audience because I was there to participate in a panel called Rude Awakening: Content Strategy is Really Hard (access to the audio recording is provided). This panel session was very well attended and very well received - chiefly through the stellar contributions of my co-panelists Kristina Halvorson (Brain Traffic), Karen McGrane (Bond Art+Science / KarenMcGrane.com), Mark McCormick (Wells Fargo) and Erin Kissane (Contents Magazine). 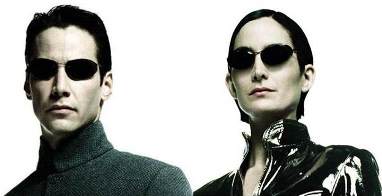 What I realized as I surveyed the SXSW attendees was that most of the people were themselves performance artists. As designers and perhaps especially as developers, each of them exemplified of how knowledge, skill and passion can come together to create superlative products. They appeared to me to resemble, as I mentioned as one of my less intelligible contributions to the panel, Neo in the Matrix or perhaps Trinity.

Now what perchance would this all have to do with Content Strategy? Quite a bit, actually, but I will need to explain. The truth of the matter is that I have witnessed three successive generations of web designers and developers. Each of these generations has exhibited the same remarkable fusion of knowledge, skill and passion and has been able to accomplish great things. And yet each of these generations has also found itself struggling with the same problems. Throwing ourselves back to the first web generation we can recall the "blink" tag and the early challenges with cross-browser compatibility. And there has been an unending, and even expanding, parade of cross-channel challenges ever since. In response, ever more sophisticated design and development tools and techniques have been introduced and refined. But still the challenge remains. In fact, it only seems to get more, well, challenging. So very much like Neo at the climactic conclusion of The Matrix Reloaded (an ending by the way I totally saw coming) our intrepid web designers and developers are starting to recognize that they are trapped in a loop. Like Neo starts to realize it is all beginning to feel a little like Nietzsche's eternal recurrence - with each generation essentially reliving the same process all over again. Fortunately once the cycle is recognized, change is inevitable. Knowledge alters reality.

And so it is that the performance artists like Neo and Trinity, who are so accomplished at envisioning and implementing web experiences, find that all roads lead, inexorably, to the Architect, or perhaps in our case the Content Strategist. And what this means, in simple terms, is that at some point it must be recognized that the recurrent challenges that we face in managing content and in delivering effective web experiences will not be solved by more skill and passion alone. At some point, strategic knowledge must come into play and with it approaches to leveraging technology that are genuinely scalable and sustainable. This is the point where content is recognized as a strategic resource that needs to be handled somewhat differently than has been the case in the past. And it is the point where a new leadership role is cast - that of the Content Strategist.

There is a growing community that is forming around this emergent role of the Content Strategist and there is definitely an increasingly clear picture forming of what that role entails. From my perspective, which is only one of many at play in this community, a key aspect of the Content Strategist's role is helping the performance artists to see and understand the predicament in which they find themselves.

This is a very challenging task, let me assure you. One reason it is so challenging is that performance artists are very much about "performance" and inserting a notion that the content that drives user experiences needs to be abstracted away from the actual execution will be largely met with incomprehension. In some cases, the suggestion will be met with contempt. Again performance artists appreciate and acknowledge performance. This is their strength so it is not a question of it being a failing. However, without the introduction of a due level of abstraction and generality (and therefore reusability) into the content the recurrent cycle of working harder and more skillfully will not solve the problems afflicting today's content channels.

As I can on almost any topic, I could take this further. (I have approached this topic once before in a post About Content Strategy.) But I will halt here. My main purpose is to offer a suggestion. Perhaps the scope of what we consider Content Strategy is even broader and deeper (and more important) than we have been allowing ourselves to consider. And perhaps if this role is fully realized then one of the things that will be noticeable will be that the performance artists will be among the chief beneficiaries. With the right architecture in place, and the right strategic approach to handling content resources, the knowledge, skill and passion of the web design and development community can move to a whole new level.

That you posit that we've been stuck in a loop is both sad and yet so predictable. Just as each generation discovers drinking and sex, so it seems that each new generation of content and/or development and/or project management discovers the things they think make the industry tick. It's never a static loop - there are iterations that move things forward - but it is, nevertheless, loop-like (or, depending on your grammatical preference, loopy).

If anyone can drive the discussion to a helpful level of abstraction, it is you and your esteemed counterparts (Ann Rockley, Bob Boiko, and a handful of others come to mind). I, for one, will be watching this space for updates and inspiration.

What a panel. Wish I could have been there to see that session.

Had to smile at your line, "As I can on almost any topic, I could take this further."

This line especially strikes a chord: "a key aspect of the Content Strategist's role is helping the performance artists to see and understand the predicament in which they find themselves." Hear, hear!

(Nice to have you back blogging, Joe.)

Thanks for your note Rahel.

First off, I don't think that you should be underselling your contributions to this discussion - in terms of either elegance or influence (:-] To be honest, coming as I do from a somewhat different sphere, I feel like the novice asking slightly off-target questions and out-in-left-field analogies.

Secondly, when it comes to improvement being evident in successive generational cycles - I sure hope that this is so. In reading a couple of eBooks recently, which seemed to have been published from the print format by chimpanzees, I am not so sure that this is indeed so.

Thirdly, some abstraction is certainly called for. But abstraction (which could really be swapped in as my middle name - and it would keep my initials intact so this is perhaps what my parents had in mind) is a dish best served cold (as Khan declares of revenge at the outset of Star Trek: the Wrath of Khan). Our challenge will be to make it palatable.

And thanks Marcia for your words of encouragement. I have been so busy of late that just when I should be ramping up on my blog, I have let a few months slip by.

The line that made you smile, I now see, can be taken in a number of ways. As with many an utterance, perhaps not all of the meanings were intended and this might not make them any less true. As people who know me know all too well I can "go on" at length on topics even without the slightest shred of background knowledge - in these cases forced to proceed from "first principles". Another read on this sentence can be traced to the influence on me of one Francis Bacon who cavalierly declared (back in Shakespeare's time) "I claim all knowledge as my province". I have been driven by this quixotic quest ever since - so I blame him for the overweening pride being exhibited as well.

Oh yes, I remember that I owe you some manuscript feedback...

And on the SXSW panel on Content Strategy, it was really interesting. And very well attended - there were people lining the walls and staked out on the floor in a very large room. One review of the session (http://www.buffalo.com/news/blog/content-paying-for-it-stealing-it-syndicating-it-strategizing-it/) went like this:

“Content planning is a noble thing that doesn’t get done enough.” —from the session “Content Strategy is Super-Hard,” a session featuring rock stars of content Kristina Halvorson, Mark McCormick, Karen McGrane, Joe Gollner and Erin Kissane. Seriously, in some circles, that’s like seeing Led Zeppelin get back together.