Insights from an Unexpected Journey

It was early March 2012 and I was making my way to Austin Texas for South by Southwest (SXSW). This particular event is such a large draw that there were literally no flights into Austin to be had at any price. So this meant that I would be flying into a nearby city, in this case Houston, and driving to my conference hotel. Not ideal but not the end of the world either.

Arriving in the evening, I collected my rental car for the journey and punched my destination into the navigation system. I naively thought that this would yield a relatively short and direct path. I actually knew better than to completely trust these systems but for some reason I decided to accept its directions. Perhaps I did so because it was getting late and the weather was deteriorating rapidly. Needless to say, this was the very time when the fallibility of these navigation systems decided to make an appearance. 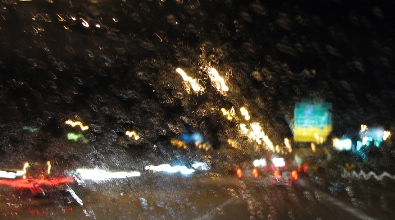 Now I should hestitate about using the word fallibility in this context. As has happened before, the apparently inscrutable behaviour of the navigation system exhibited a strange, if preverse, logic. I had seen plenty of occasions before when, rather than guiding travellors along an obvious path of major highways, these systems instead route people through tolls and shopping areas in a way that can only mean that someone is paying for navigational referrals. On this occasion, the system routed me through an unending series of rural towns and industrial parks that spot the landscape between Houston and Austin. Needless to say, as the heavens openned and heavy rain started to fall, I was less than pleased with the grossly self-serving algorithms that were directing my directions. 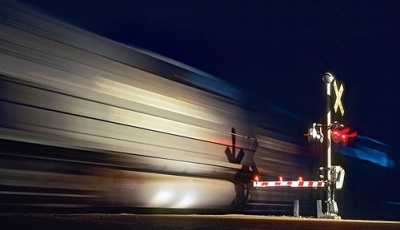 What was really unexpected about this journey was how informative it turned out to be. In heading out into rural Texas, I found myself winding my way through towns and industrial parks that I would definitely have never otherwise seen. And what I saw there was facinating: massive train yards; large warehouses that had seen better days but that were still in use; convoys of tractor tailor trucks carrying containers towards Houston; commercial property development projects in various stages of completion or abandonment.

In many ways, the journey I found myself on was a tour of what we might call the heartland of America. It was a tour of all the different things that make an economy work from the manufacturing plants through the transportation channels and onto the retail venues. Sometimes the impression left was one of awe at the sheer scale of the infrastructure, such as the length of some of the trains I had to wait for. And sometimes the impression was one of sadness when a business venture had clearly failed shortly after its launch and the dreams of the entrepreneur had been left to decay until another buyer could be found.

When my navigation system routed me through a couple of commercial strip malls that had clearly fallen into disuse, it was quite clear to me that there was a disconnect between the world the navigation world thought it was guiding me through and the real world of harsh economic realities. In a way, the spectacles were again awe-inspiring simply because of the scale of ambition and entrepreneurial risk-taking that was on display. The spectacles left no doubt in my mind that the men and women who had mounted these efforts had been deeply hurt by the setbacks that befell them but I also got the distinct impression that those same entrepreneurs would have be back a year later with a new venture in mind. And seeing this indominable entrepreneurial spirit showcased in such raw form was definitely the most memorable thing about my unexpected journey through heartland America. 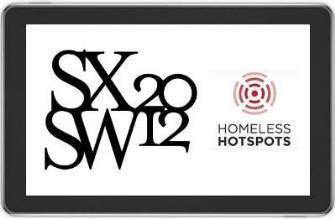 Finally, after many miles I arrived at my destination Austin where I was to participate in a panel at SXSW. I have touched on aspects of this experience already (see Content Strategy and the Web Matrix). What I did not touch on before was how starkly the event contrasted with what I had encountered on my unexpected journey. And the contrast does not, quite frankly, reflect very well on much of what transpires at these types of media-addled gatherings where a very large percentage of information being exchanged, if not a totality, is undiluted self-promotion. My favourite if somewhat Kafkaesque side-show during my SXSW stay was the buzz around the homeless hotspots - literally homeless people in Austin who had been recruited to act as mobile wireless hotspots.

It is tempting then to draw an unflattering connection between the marketing impulses on display at SXSW and the deranged behaviour of the unreliable navigation system that had sent me so far off from what was my original course. It is even more tempting to draw an even more unflattering connection between the new digital businesses making their splash at SXSW, many of which were like my navigation system in being attuned to monetizing my location and movements, and the more nefarious aspects of a disfunctional financial system - and to contrast all of this to the "real economy" the battered resilience of which I had just seen.

But the truth is that my deranged navigation system in fact provided me the most valuable thing on my entire trip to SXSW. This should remind us that the new technologies, and the new businesses forming around them, can do tremendously good things if they connect us to other businesses that have something to offer and that we would not otherwise be aware of or able to access. And when these new digital businesses tap into the productive energies of a large and diversified economy, populated with all sorts of people willing to launch all sorts of businesses, then great things can happen. In fact it is only when we productively align the new technology-driven trends with the underlying potential of an entrepeneurial economy that we see the prospect of robustly constructive change. 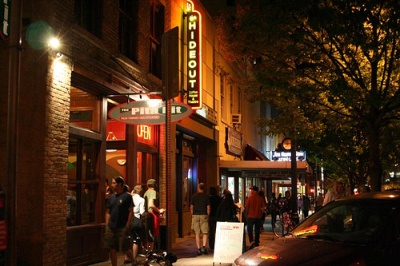 Now I did not see much of this at SXSW. Actually I saw no trace of it at all. What I saw instead at SXSW was a lot of disconnected but mutually supportive posturing. That part was rather depressing. But what I saw during my expected journey through the heartland of America was a picture of massive economic potential that awaits the spark that the new technology, and the new digital businesses, can provide. When I combine what I saw at SXSW with what I saw on my unexpected journey the resulting picture is quite uplifting.

So I guess I need to thank my navigation system after all.