Some recent inquiries, which I had initially seen as separate, have been converging at several points. These inquiries have included projects delving deeply into the application of Lean Manufacturing principles to business functions historically unaccustomed to this level of rigour (or perhaps any level of rigour). These inquiries have also included professional development excursions into the deployment of Agile Scrum software development practices. And these inquiries have included the digging up and re-reading some of older papers marking out the emergence of a loose collection of ideas that travels under the banner of Knowledge Management (KM). The point of convergence appeared in the form of a Harvard Business Review (HBR) articule called "The New New Product Development Game" by Hirotaka Takeuchi and Ikujiro Nonaka and published in 1986. It is Takeuchi and Nonaka who went on to set most of the agenda and working concepts for the KM industry, in particular with their later HBR article The Knowledge Creating Company (1991) and subsequently the book of the same name in 1995.

Of the many things that might be explored in this convergence, I am only going to focus on one of them. In the HBR article, Takeuchi and Nonaka quote a Japanese project team leader at Epson describing one of the keys to their success:

I tell my people to be well-versed in two technological fields and in two functional areas, like design and marketing. Even in an engineering-oriented company like ours, you can't get ahead without the ability to foresee developments in the market.

This particular quote leapt out at me because it aligns perfectly with what I have described as the merits of Inuksuk-shaped people (see for example my interview on TechWhirl where I address this topic as it pertains to the world of technical communicators). I have, on several occasions, spoken about how the Inuksuk provides an attractive model for elaborating on the array of skills that people in business would ideally develop. And this I contrast with the more popular concept of T-Shaped People. Now in this I am being wilfully selective as an Inuksuk can actually take many shapes (and perhaps this too is a positive feature of this analogy) and I am specifically thinking of Inuksuk cairns that feature two vertical legs and two horizontal elements (typically the arms and hips). 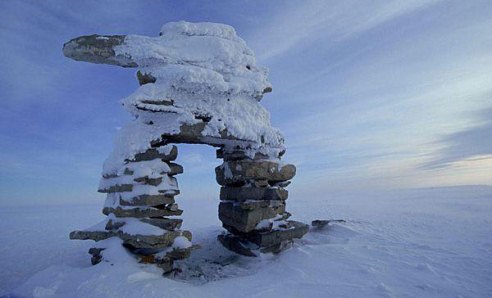 The point being made by the Japanese manager cited by Takeuchi and Nonaka, and one that I find particularly compelling, is that in order to genuinely collaborate people need to have an appreciation for the disciplinary practices and perspectives of the people that they wish to work with. In order to develop this appreciation these people actually need to pursue several of the specialization paths far enough to understand the demands felt by people working in those areas. And this basically means that they need to have walked a few miles in the shoes of these other specialists. They must develop at least two vertical and two horizontal specializations as our Japanese colleagues suggest.

The problem, to my mind, of the T-Shaped People (or Skills) model is that it assumes that this lateral element of diversification can simply be layered on top of someone's well-developed and singular specialization. My experience is that this is spectacularly untrue. And I would be willing to wager that if we did a little digging that we would find that research has also demonstrated this.

Now there is a circular aspect to my invocation of inuksuk-shaped people because the word inuksuk more or less equates to "people shaped". Inuksuk cairns play the role of landmarks in the arctic regions of North America, a landscape notable for the absence of any landmarks that can serve as navigational reference points. So Inuksuk markers are assembled by stacking and balancing available stones into a structure that can withstand the harshest of conditions so that they can communicate useful information to travellers when it is most needed.

In a new economy where the winds of change blow from every direction, the observations of this Japanese team leader about the need to assemble and balance an array of skills ring more and more true. A strong team, and a strong organization, will be one where the people coming together each exhibit a range of capabilities (see my earlier post on The Strength of Diversity) so that they really can come together to collaborate and that together they cover the necessary landscape. 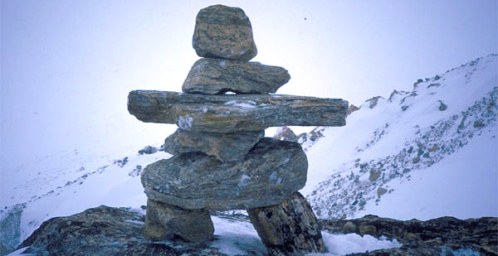 Love it! Build up all members of your team in similar ways, so your base is strong, but also in different ways so you have diversity, which makes the team strong.

"Know your enemy" was the first thing that came to mind! I think this approach to business in Japan resembles thinking behind martial arts, too!