This will be a brief diversion from my usual focus on the topic of "content" although it will, in due course, discuss concepts of no small relevance when we talk about the business of content. This will be a brief exploration of two ideas: Governance and Management. It has long been my contention that these are two distinct concepts and that keeping them distinct is quite important. And I thought I would explore the two concepts, and their proper interaction, by recounting an experience from many years ago (30 years ago actually).

This story is set at Canadian Forces Base (CFB) Shilo in southern Manitoba. The year is 1981. And the year is somewhat important because by several estimations, 1981-82 was the time that the world teetered closest to the brink of World War III. The militaries of NATO and the Soviet Block were close to their pinnacles of power and there was a measure of urgency to training activities being conducted on both sides. It was at this time that I travelled to Shilo to be part of what was called "Firing Troop" at the School of Artillery. It was our job to operate a troop of guns in support of the training exercises conducted by the school as well as those conducted with a German Panzer Battalian that was stationed there as well. In simple terms, we were the muscle that carried out any fire missions that were needed. In a fit of weakness, or naiveté, I volunteered to be a Gun Detachment Commander so that is me to the left in the photo above standing between the trails.

Let's just say we worked hard that summer. There were a lot of fire missions needed. The pace of training being conducted was high. So in conditions that were far from comfortable, we toiled away on the Guns. On most days, we worked from before dawn through to well into the night. In fact, on many occasions, days tended to bleed into each other as we simply did not stop. We just stayed in the field. During the days, it tended to be very hot and at night the temperatures often dropped down to near freezing if not below. Dusk and dawn, which should have been a respite from the temperature extremes, were in fact the worst times. It was a prime time for mosquitos and other biting insects.

On more than a few occasions, the heat of the day became so intense that the facilities at the main base were "stood down" (closed) and people released from the need to work at their desks in the high temperatures. Interestingly, word of this would never come to us in the field where we continued to toil on the Guns. This was typical though. We tended to fall beneath the view of many administrative functions. Our food was trucked out to wherever we might be and it tended to be in rather poor shape by the time they found us. Our accommodations were spartan and rest usually took the form of a few hours of sleep snatched on the Gun position whenever the chance presented itself. 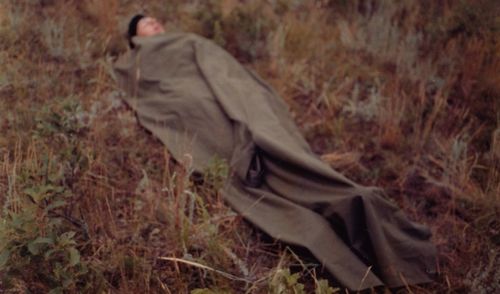 So it was that in 1981, if you were to survey the entirety of the NATO military complex, and if you set out to find who was at the very bottom of the barrel, you would likely have found us. We were not particularly upset about this. We worked hard and we became exceedingly good at the meat and potatoes business of being a Gun Troop. Our immediate supervisors were also very good - although I recall a number of them having an almost puritanical view of the world so that if we were were not doing something productive it was clear that you should be digging trenches (that habit, it turned out, saved my bacon a couple of years later). But it was also true that we were witness to what happens when the administration becomes disconnected from the purpose of an organization. This speaks to a failure of management to ensure that all the things that need to happen to keep an organization doing what it needs to do are in fact done and done well. In the case of Firing Troop, we did our job and did it well despite the minimal and hapharzard support of the administrative processes. It should be said that the operational level of management performed well and showed good leadership in battling the administrative minions on our behalf and on making sure that we did not skip a beat on doing what we were supposed to do. This is where governance comes into the picture. There was one day that was distinctly different than all the others. One day several trucks appeared near our gun position and started to set up tables and chairs. They even set up a cleaning station, with of all things warm water and soap (we tended to get really, really dirty, working on the guns). There were a number of officers from the base that we had never seen before, and they seemed to be very attentive to the preparations. We knew that something was up. Suddenly, a helicopter appeared and then landed nearby. From this helicopter emerged Edward Schreyer, the Governor General of Canada (the Queen's representative in Canada). And we were served a pretty good meal and, like our washing water, it was actually warm.

What is important about governance is that it is separate from the details of management and it is applied, as it was by this one small visit, to reacquaint the echelons of management with what the real purpose of the organization is and why it is important to keep that vision firmly in sight. As our lunch with the Governor General showcased, with brillant elegance, it is often at the sharp edge of an organization, in this case the toiling gunners of the Shilo Firing Troop, who exemplify the organization's mission most clearly. With this visit, he forcefully turned the heads of numerous administrators to parts of the organization that they had effectively forgotten. I am quite sure that there were administrators who had put forward other ideas about where the Governor General should visit. Suggestions involving less work and more photo-ops. Someone however, and maybe it was even the Governor General himself, suggested that it was a better idea to visit the troops who were actually in the field.

It is a small thing really but somehow, over thirty years later, I still remember that visit and remember chatting with the Governor General while gnawing on some steak. It left an impression on me, clearly, and it reminds me to this day that there is a fundamental difference between governance and management and that the constructive interaction between the two is fundamental to organizational success.

On a few previous occasions, I have touched on management lessons from my time in uniform. In the Unity of Purpose, I looked at the intensity of experience that is forged within operational units and how difficult it is to abstract this away into metrics and models that genuinely reflect how things need to be done. I am also reminded of another experience.

Late one night, while a couple of us were up on "radio watch", we found an old radio at the back of one of the jeeps. We connected it to some power and started to tinker with it to see what we could pick up. Almost immediately, and with startling clarity, we picked up a radio signal. A woman's voice spoke as if on queue and said: "This goes out to all you GIs, wherever you may be". A Forties big band tune started up. We were all silenced by this. For an instant, we were unsure what year we were living in and we all felt an immediate, and powerful, affinity and connection with the generations of soldiers who had gone before us. The hard-working members of Firing Troop in 1981, at the apex of the Cold War, were definitely doing our part and that song was partly playing for us.